Languages for Specific Purposes: Opportunities and Challenges of Teaching and Research

In 2017 the Slovene Association of LSP Teachers celebrated the 20th anniversary of its existence. The Association has been playing a very important role in the development of LSP teaching and research in Slovenia. In the context of growing internationalization, the goal of the conference was to consolidate collaboration with existing partners and establish new links within the broader international research and teaching community.

Simon Borg has been involved in language education for almost 30 years, working as a teacher, teacher educator, lecturer, researcher and consultant in a range of international contexts. Simon is recognized internationally as a leading researcher and scholar in teacher education, specifically for his work on teacher cognition, professional development and teacher research. He also specializes in teaching research methods and supporting the development of research capacity among teachers and academics. After 15 years at the University of Leeds, where he was Professor of TESOL, Simon now works full-time as an ELT Consultant, with a particular focus on designing, facilitating and evaluating language teacher professional development programmes. He continues to be active academically, and holds Visiting Professor positions at the University of Leeds, UK, and Bergen University College, Norway. He is also an editorial board member for leading language education journals.

Maggie Charles is a tutor in EAP at Oxford University Language Centre, where she specialises in designing and teaching courses in academic writing. She has taught and been invited to present her work in the UK and other countries, including Australia, Greece, Italy, Sweden and Switzerland. Her research interests are in the analysis of academic discourse and the use of corpora in EAP pedagogy, especially data-driven learning. See her blog post for OUP on this topic here: https://oupeltglobalblog.com/2016/04/29/using-corpora-for-eap-writing-development/. Her books include Introducing English for Academic Purposes (Routledge, 2015, with Diane Pecorari), Corpora, Grammar and Discourse (Benjamins, 2015, edited with Groom and John) and Academic Writing: At the Interface of Corpus and Discourse (Continuum, 2009, edited with Pecorari and Hunston). She was a consultant and contributor to the Oxford Learner’s Dictionary of Academic English (OUP, 2014) and the Oxford Advanced Learner’s Dictionary (OUP, 2010).

Claus Gnutzmann is Professor em. of English Language and Applied Linguistics at the University of Braunschweig. He has previously held similar posts at the University of Paderborn and the University of Hannover. He holds an MA degree in Modern English Language from London, a Dr. phil. in Phonetics from Kiel and a second doctorate (“Habilitation”) in English Linguistics from Hannover. His main research interests lie in linguistic and pedagogical grammar, language awareness, languages for special purposes as well as the globalisation of English and its classroom applications. He has been involved in a research project called “’Publish in English or perish in German?’ Academic Writing and Publishing in English as a Foreign Language” and funded by the Volkswagen Foundation. He is one of the editors of the journal Fremdsprachen Lehren und Lernen (“Teaching and Learning Foreign Languages”), which publishes articles in German, English and occasionally in French.

Paolo E. Balboni is the author of more than 150 essays and more than 25 books on the teaching of the first, second, ethnic, and foreign languages. He was born in 1948 in Italy. He completed his elementary education in Argentina and Chile, and the grammar school in Bologna, Italy. He is a graduate of the University of Venice, and two-time receiver of a Fullbright grant in the USA. His career: University of Venice: researcher (1984 – 1992); University for Foreigners in Siena: teaching methodology professor, Head of the Language Centre (1992 – 1995); University of Venice: professor of language teaching methdology (since 1995), Head of the Language Sciences Department (2000-2002), Dean of the Faculty of Languages (2002 – 2005), Chair of the Language Centre (since 2008), Director of the Research Centre for Language Teaching (since 2001). Other institutions: Chair of the National Union of Language Teachers, ANILS (1993 – 2001), Chair of the Scientific Association of Research and Educational Linguistics for Language Teaching, Dille (2001 – 2015), Chair of the International Federation of Language Teachers’ Associations, FIPLV (since 2016), director of two applied linguistics journals.

We thank our sponsors for their financial support. 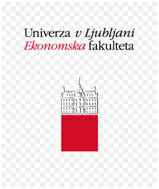